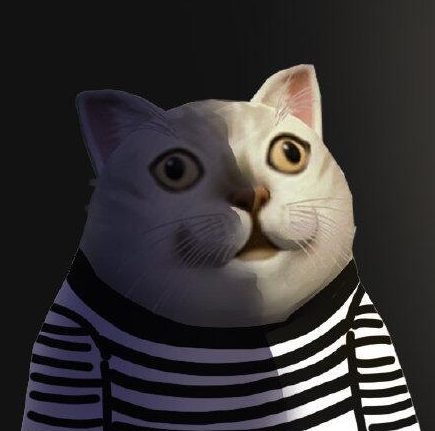 This article is a set of memories, belonging to the list of RMBATS.

About this test happened on October 20th, I‘ve to say that the nervousness indeed made a negative impact for me, especially when I attended the speaking test. I almost couldn’t fluently speak a complete sentence when I first sat in front of the examiner, which, of course, was the first time for me to talk with the real foreigner. So that it was no surprising that the score of my first speaking test was just 4.5, which was a quiet low score for examinees. Besides, the score of other parts of the test were not good as well, e.g. the listening score was just 5.5, which normally, I need to get 6.5 to reach my target. If I have to find a key reason for this failure, I would say that my preparation was obviously not enough. Also, the failure taught me a lesson that, no pain no gain. [ ↓ ] 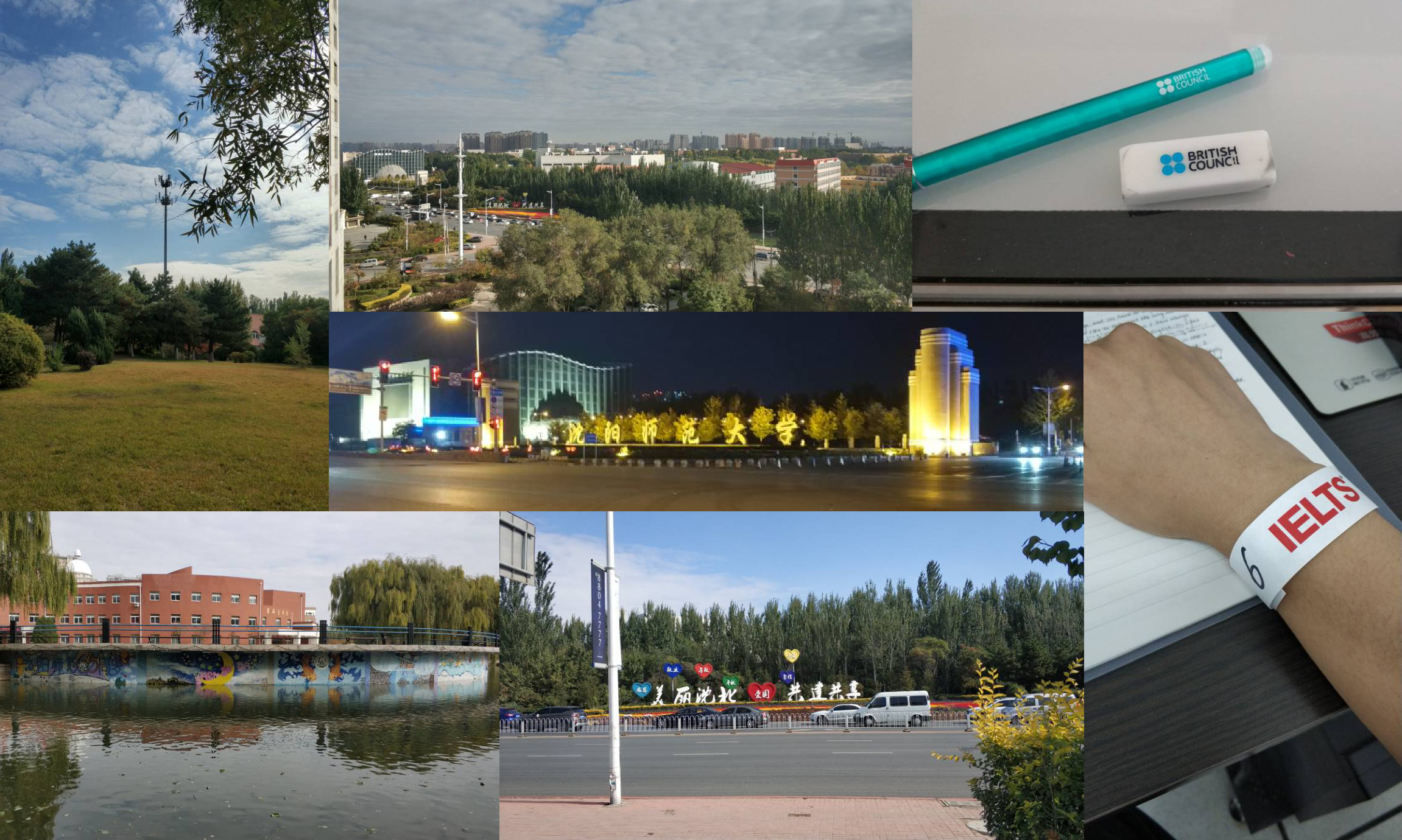 Time came to the second half of the year, new semester was approaching, and I told my whole plan about PhD to my supervisor, which was a quiet difficult task for me. But, surprisingly, my supervisor showed a fully encouragement to my idea. It seems that people with high-level knowledge always reach the same view. After that, I returned back to the classroom to prepare the IELTS test again. When others prepared their graduated thesis, I spent almost whole time to learn English and contact with foreign supervisor. During this time, I always suffer from the sense of lonely: trying to imagine that everyone was working with a specific target except yourself, worse, you didn’t know what would happen in the future. What a complex feeling! I spent the last two month of last year with this terrible feeling. [ ↓ ]

In November, there were several things need to be said, the first one is that I took a speaking lesson form taobao.com, which made my speaking ability up to a new level. My speaking teacher named Daisy, a kind lady, was always talking warmly with me and taught me speak English sentence by sentence with a great patience. We spent exactly 16 class hours together in about half a month. Almost every day at that moment, I spent about one hour to practice my speaking with Daisy. Another important thing is that I bought my first camera, a second-hand ICLE-6000 with the 16-50mm lens. But I didn’t take any formal photos until Dec. What’s more, I attended the yearly PhD Workshop, which made me be able to directly talk with foreign supervisors face to face. The last one was the order of taking IELTS test in Vietnam, and as a consequence, I flied back to my hometown to handle my passport, which is the first time for me to deal with these things. [ ↓ ]

In the last month, I experienced too many FIRST things in my life. Mainly speaking, I attended IELTS test twice in one month, which was the first and maybe also the last time for me to do this in my lift. Then the first time to go to Beijing International Airport, the first time to use my passport, the first arrival in Macao, the first experience to travel at first class (as a gift from China International Airline) and the first time to live one week abroad (Hanoi, Vietnam). At that time, too many fresh things came into my life in a very short time (approximately seven days). During this travel or test travel, I had two partners with me, actually they are two enthusiastic little girls, but they both elder than me. We three people spent one week together in Hanoi. The biggest problem for us was to decide what to eat everyday. In these days, they spent much time to prepare test, but I actually walked around in Hanoi with my camera every day time or evening time. Hanoi, the capital of Vietnam, has very crowded streets, and you can see motorbikes anywhere. Moreover, there are too many foreign visitors, of course there are restaurants in every corner of street. This 7-days exprience maybe the most remarkable trip in my life, because I’m not really into traveling as usual. As for the IELTS test, the final result was that I reached the required score (overall = 6.5, each part > 6.0). Generally, I was a little bit excited when I got the final transcript, before that, I sometimes suspected that if it was right for me to walk into this way, but now, the result gave me a big courage. [ ↓ ] 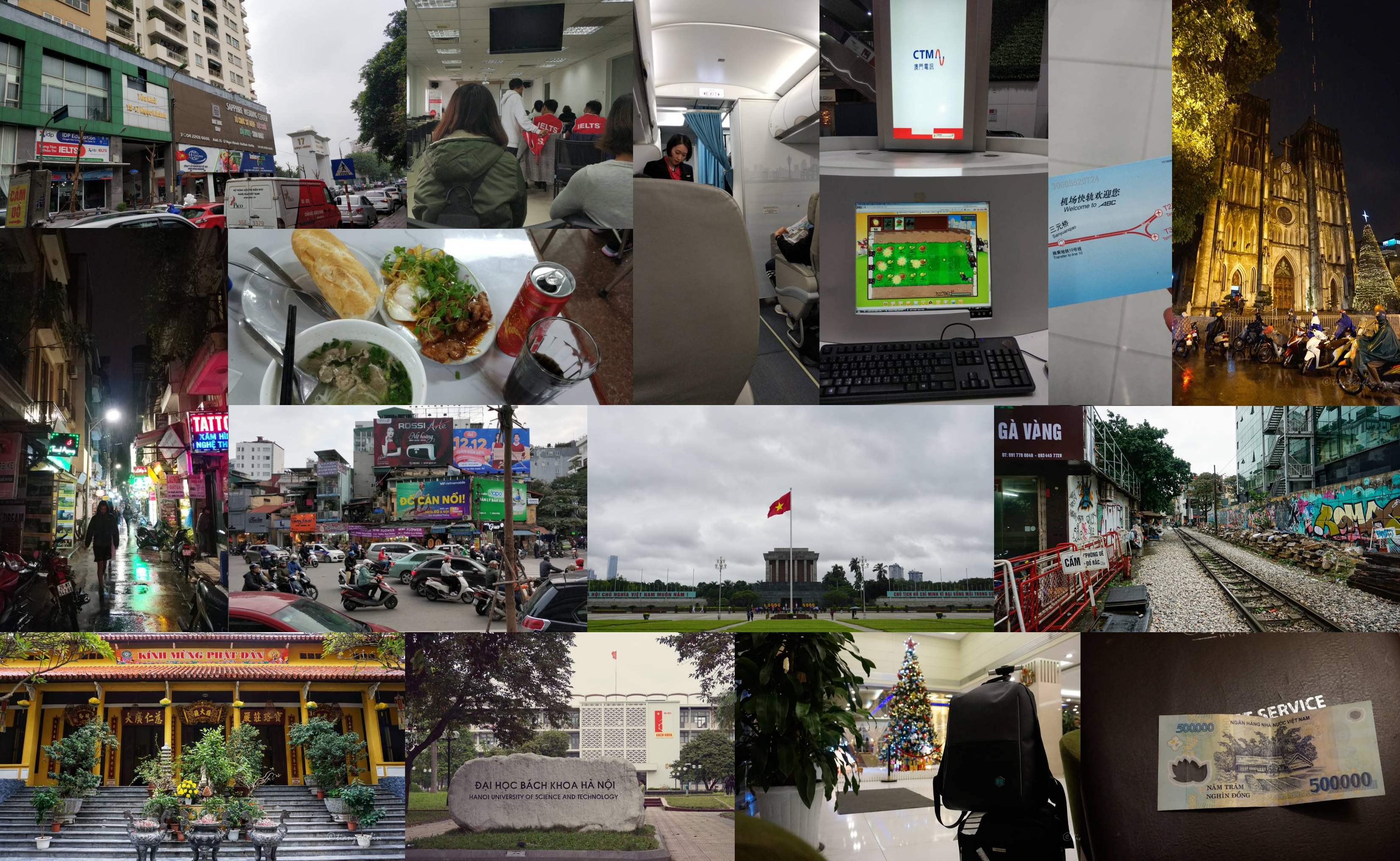 Above all, I simply finished writing these important things of 2018. This is a good way, I think, to share my experience to every reader. 2018 has gone in the wind, and we all walk into the new year whether we want or not. In the past twenty days of 2019, which also belong to this semester, there also happened many things, participating the Graduation Ceremony, seeing graduated classmates off or receiving the invited letter from foreign supervisor, each thing left a deep impression on me. [ ↓ ]

Totally, by this time, I’ve probably finished all I want to say. Everything above could be expended a long story and all of them impressed me deeply, as I said, maybe, many of them would not happen again in my rest life. So, I told myself I need to write something to record them, since memories could dissipate in my brain, but these words not. In the new year, I also have many things to do, have many problems to solve, have many challenges to overcome, perhaps I would be anxious before to face the situation, but now, I don’t fear them anymore, and I will make full of my afford to beat every monster in the road to the final success! Come on, 2019!!!

I spent about six hours to finish this long article in one time, so perhaps there are some wrong places in sentences, please don’t be too harsh. After it was done, I spent about 5 hours to collect these previous photos and make them into one picture. BTW, what I need to clarify is that I published these three parts in three dates, cause I want them to be arranged in order. Now, the time is as follows, obviously it’s time to sleep, see you tomorrow!